Evidence-Based Horsemanship combines science and the understanding of brain function with an empirical understanding of the subtleties of a horse’s behaviors, reactions, and chemical states. Evidence- Based Horsemanship is based on the Scientist-Practitioner model it involves assessing and integrating scientific findings to inform decisions and create “best practices” in all areas of horse training and care based on empirical outcomes. (i.e., what “works”). Evidence-Based Horsemanship was developed out of a collaboration between renowned horseman, Martin Black and neuroscientist, Dr. Stephen Peters who felt that the public and their horses needed a source of “real information” gathered by observation, tested in the field and validated by science. This “real information” allows us to ask the question, “What does our current scientific knowledge of the horse, when applied and observed, show me about getting the best outcomes possible for me and the horse?”

Here is what people are saying:

This book filled in many gaps. Other sources about natural horsemanship do not make the connection between equine psychology and the actual physical/biological make- up of horses. This book provided the rationale and linked theory to practice in a way no other sources has done as effectively. Thank you!

I’m a huge fan of your book – it is the perfect marriage of horsemanship and science. For example – we look for the horse to “lick and chew” as a sign of relaxation and thinking and it I found it tremendously helpful to learn about the physiological reasons for this. It was one of those “duh” moments – so apparently obvious.

This book I found to be completely different. Other horsemanship books tell you that if you do training method “A”, you will get reaction/response “B”… This book shows us that each horse is as individual as each of us human beings on the planet and that each one needs different stimulation for proper training.

I found it very different from anything else I’ve read in that there was greater depth into areas commonly taken for granted in horse training. The term EBH now means more to me than just the title of a book. We should understand WHY we work with horses in a certain manner and not just HOW to work with them.

Evidence-Based Horsemanship : A Model Whose Time Has Come
by Dr. Stephen Peters

Evidence-based approaches are common in medicine in an effort to determine and apply “best practices.” Best practices are determined by empirical evidence. In other words, what is observed to work or not work in actual practice, not theory. These clinical observations are supported by the most current scientific knowledge. This allows for a standard approach for decision making and problem solving. Medical insurance companies now demand evidence-based approaches because they are only willing to pay for what has been shown to work. This approach bridges the gap between the scientist and the clinical practitioner.

What application could this possibly have for horsemanship?

Scientific technology has produced sophisticated equipment which allows us to ask questions that we had no way of asking in the past. For example, functional MRI (a brain imaging method) now allows us to identify which specific brain regions are being used in real time as a person is performing a cognitive task (e.g., responding to questions, looking at pictures, performing motor tasks).

Recently, researchers who allowed subjects to rest in the functional MRI between tasks found that the same brain areas that these individuals had used in performing the previous task were still being used by the subjects while resting. When retested, those subjects also seemed to incorporate the knowledge from that task better than subjects who were not exposed to a delay. Might this also be similar to what is occurring in the horse when given time to “dwell”?

There is a progressively growing amount of scientific data being gathered on horses that is more sophisticated than ever before. Many people are hungry for information, and with the use of the Internet, are able to locate immediate sources of expert knowledge. I think this will eventually lead us to a more evidence-based approach in the future.

However, there still appears to be a large information gap at this time between available knowledge and what is practiced in the horse world. Many decisions seem to be based on information of variable quality, supposed expert opinion, tradition, or trial and error. Often expert opinion will be diametrically opposed, leaving the inquirer with five different opinions from five different experts. Statements such as, “I’ve been doing this for 50 years” doesn’t negate the fact that someone can do something wrong for 50 years.

An Evidence-Based Horsemanship (EBH) approach would be based on outcomes and rely on observations informed by the most current scientific knowledge. Egos, persuasive salespeople, and charismatic personalities would have little relevance to EBH.

EBH would help disprove myths as well as help confirm and validate the empirical findings of people with deep understanding and expertise at observing/interpreting the subtlest signals from a horse, but who lacked a language to communicate their findings.

By profession, I am a Neuropsychologist and specialize in brain functioning. In training my own horses, I wanted a better understanding of the neurofunctioning of the horse’s brain. I also became quite frustrated by hearing such things as, “The horse has two brains” or “The horse is trying to make a chump of you” or using a pop psychology test designed to identify management styles in humans to arrive at a personality type for your horse.

In actuality, the horse has one brain with two hemispheres which are well-connected by a structure called the corpus callosum. The horse brain is about the size of a large grapefruit and is proportionately 1/650 of their body weight (human brains have a 1/50 brain weight to body weight ratio). They have a large cerebellum for balance and smooth movement and most of the brain area is dedicated to motor and sensory functions.

They do not have a huge neocortex like humans so they are unable to purposely make fun of someone and return to share the joke with their pasture mates. Although they have personalities based on how they behave, it would be anthropomorphic to assign human personality traits to this animal. The temptation to want to believe that horses process things in the same way as humans may make us feel better but it is inaccurate, leads to false assumptions, and is often at the expense of the horse’s welfare and well-being.

I decided to write a book about neurofunctioning/brain-behavior relationships in the horse. I wanted to compare my research findings with the experiences of someone who had a wealth of empirical information. I especially wanted to speak with Martin Black who has observed horses for decades. He is also known for training horse owners and their horses, teaching clinics, and starting hundreds of colts each year.

Little did I know that our discussion would turn into more meetings, numerous e-mails, and collaboration. I found Martin to be many things a good scientist should be; focused on his subject instead of himself, possesing an insatiable desire to learn, and basing his opinions on objective observation of thousands of horses.

Observations that Martin had made for years, I could corroborate with evidence based on the horses’ central nervous system, autonomic nervous system, and neurochemistry. Putting these pieces of the puzzle together, empirical observation informed by science, is the essence of Evidence-Based Horsemanship.

We both felt that this could be the tip of the iceberg in developing “best practices” with a common language that everyone can understand and apply. EBH is an approach that continually evolves as our knowledge base grows. Finding that one has done something the wrong way may be just as valuable as getting it right, if it refines the knowledge base so that others do not have struggle with a similar wrong turn.

This approach is not concerned with arguing over a school of thought or following one trainer over another. There is room for everyone under this umbrella to educate themselves by asking, “What does our current scientific knowledge of the horse, when applied and empirically observed, show me about getting the best outcomes possible for me and the horse? Does it work? What’s the proof? What is it based on?”

Eventually people should be able to obtain current best practices in all areas of horse care. Finally and best of all, a deeper understanding from quality information will ultimately be what is best for the welfare of our horse. I think Tom and Ray would be okay with that. 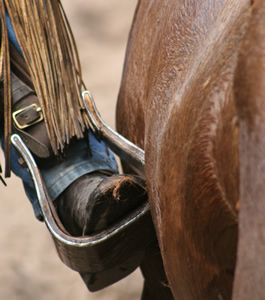 Learn more about the movement. 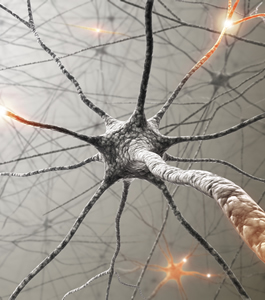 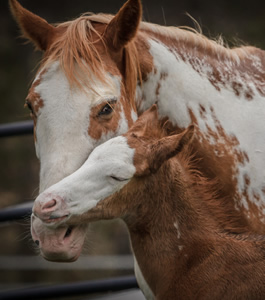 Learn from the Authors.